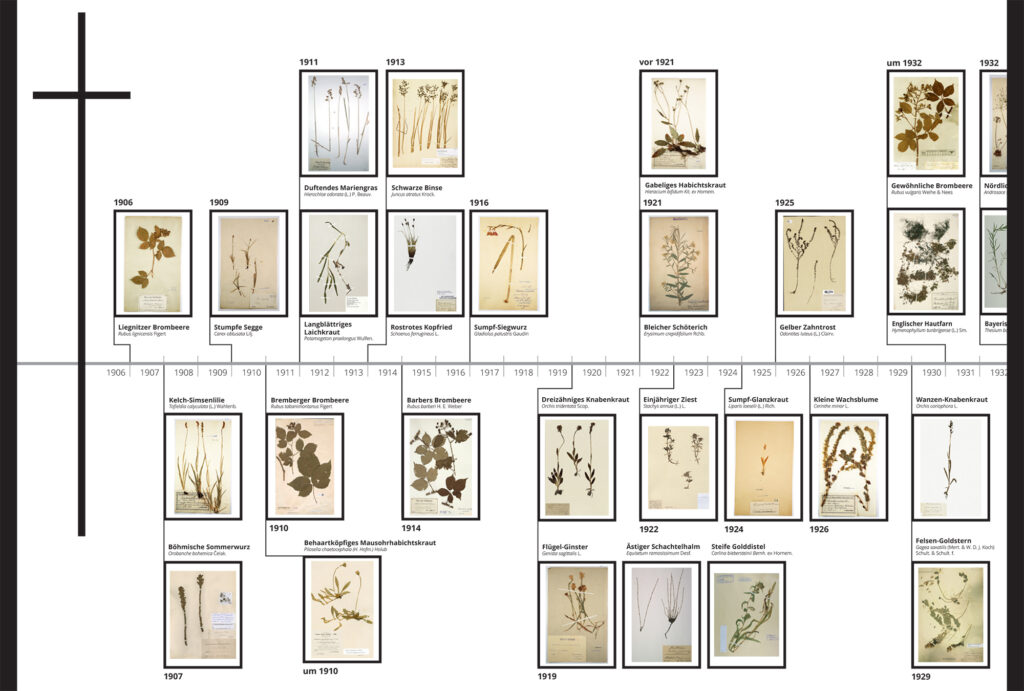 Loss of biodiversity is one of the most urgent problems of our time. Globally the extinction and endangerment of species is increasing at an alarming rate. Public discussion mostly emphasizes the more sympathetic big mammals and destruction of well known regions rich in biodiversity hotspots.

The exhibition “Extinct and critically endangered plant species in Saxony” aims to shine a light on the rarely reported loss in plant biodiversity, which gets less discussion. The core of the exhibit is the biodiversity loss of plants in Saxony, Germany over the last 200 years. Reported extinctions of various species since the industrialization are portrayed in the form of a 10-meter-long timeline on the base of the Red List Saxony. Furthermore, the varying risks and endangerments are divided by habitat like wetland and agricultural spaces. Living plants on display from the Botanical Garden of the Technische Universität Dresden show extinct and endangered species within their habitats. With botany being of such great historical importance in the region, tools and ancient botanic findings as old herbal papers are also to be found in this superb display.